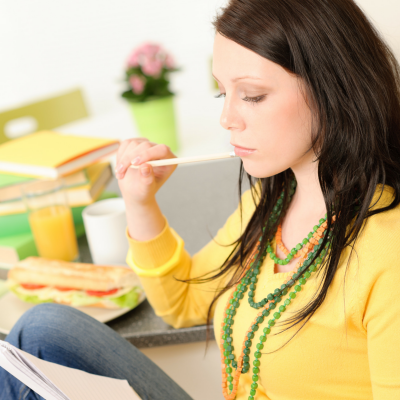 When Opportunity Knocks Listen To Your Gut Feeling, We Even Do It In Food Manufacturing Recruitment!

Having been in Food Manufacturing Recruitment for over 19 years (17 with Jarvis Johnson) there cannot fail to be an element of déjà vu about the types of roles we get asked to recruit for. Yes there have been changes in that time; there are many more Head of Technical positions around, salaries for Senior Technical people have finally started to reflect those of others on the Senior Operations team and the rise in the number of companies hiring dedicated Specifications Technologists has increased exponentially.

Several years ago an opportunity arose to recruit some senior Operational and Technical professionals for a company in Saudi Arabia. Whilst the salaries were attractive (and tax-free!) the recruitment process proved to be particularly fraught with problems – finding candidates whose family situation allowed them to relocate, helping supply information on the local housing /schooling situation/ dealing with candidates who at the 11th hour decided not to accept an offer, keeping them motivated whilst waiting for the VISA’s to be approved..the list was endless. Having worked on about 5 roles, 3 were offered and accepted but only 1 candidate ended up starting because of delays in the VISA process..an awful lot of work for scant reward!

We had steered well away from overseas opportunities since then…until now!

A similar opportunity arose last year when Jarvis Johnson were asked to help source some Technical / NPD candidates to relocate to Australia. It was going to be quite a large number of positions with good fee margins but I was faced with a dilemma:

Do I divert resources and invest significant time, energy and money in sourcing a whole new candidate pool with potentially big rewards or do we just stick to what we’re good at – Food Manufacturing Recruitment for Technical positions & Interim Managers in the UK?

My head was saying “you will probably end up doing a lot of work for little reward” but this time my gut was telling me ..this could be really exciting, the timing could be right, it could give Jarvis Johnson another “string to our bow”. I made a mental tick-list of Pros and Cons and based my previous experience of recruiting overseas , the logical conclusion was not to divert focus from our UK activities and to say “no thank you” to this opportunity . My concerns were confirmed by close confidantes who were very sceptical about the project’s viability.

Towards the end of 2014 we advertised our first Australian role and would you believe that within a few months we had worked with several different Australian clients and already have candidates living and working in Sydney.

It has not all been plain sailing but it certainly has been exciting, we faced many of the same challenges of our previous exploits in Saudi, but this time we did things a little differently, provided a lot more background information to candidates up front, utilised Skype to get close to candidates and clients and most importantly “pushed-back” when candidates said they were interested in order to weed-out those just “dipping their toe in the water”.

On this occasion I chose to follow my gut feel and if I’d gone with logic we could of missed out on a great opportunity and new revenue stream!

I was reminded of this recently when a client went through several rigorous interview stages and spoke in consistently glowing terms about a particular candidate. However at the final stage another candidate “scored more highly” and was offered the job. “It’s a shame” said the hiring manager “as my gut feel is that the other candidate would fit in much better with the team”. It still remains to be seen if they made the best decision but maybe the “gut feeling” could have been built into the scoring process.

We’ve seen the same thing when candidates are counter-offered when resigning to take up a new position (or in some cases they have more than one offer on the table). When deciding which route to take they wonder whether to listen to their heart or head and on more than one occasion have plumped for the role paying more money, ignoring warning instincts about where they felt most comfortable.

Next time you’re making a life changing decision, surely gut-feeling deserves a little more attention? It’s more than that little voice in your head and it’s often referred to as your “second brain” What could the consequences be if you didn’t listen to it? Thankfully I did listen and it’s paid dividends.